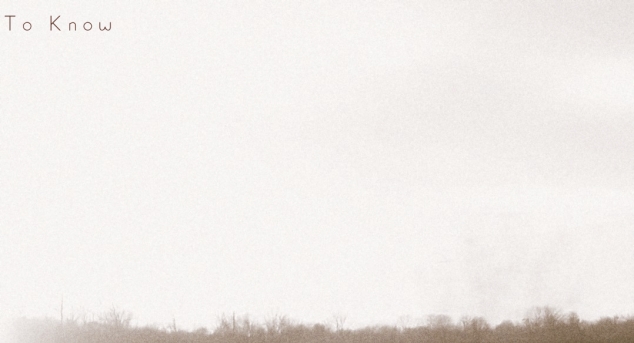 One lazy Friday evening a few years back, my Mom and I picked up a movie called “Second Hand Lions.” Apparently, it was a story that chronicled “the comedic adventures of an introverted boy left on the doorstep of a pair of reluctant, eccentric great-uncles, whose exotic remembrances stir the boy’s spirit and re-ignite the men’s lives.” It sounded like the kind of story that my Mom and I would like, and my Dad and brother would hate. So, Mom and I, after successfully convincing ourselves that my Dad and brother might like it, rented it. At one point in the movie the two uncles and their nephew drive to a local restaurant to get some food. At the restaurant, Hub (one of the uncle’s) is harassed by a local hooligan who tries to steal some of his barbecue. Hub turns to his nephew and says, “This boy has been given everything but discipline. And now his idea of courage and manhood is to…ride around and irritate folks who are too good-natured to put a stop to it.” To which the hooligan responds, “Hey! Who do you think you are?!” Hub grabs the boy by the neck, stares him straight in the eye and says:

“Hub McCain. I fought in two world wars and countless smaller one’s on three continents. I’ve led thousands of men into battle with everything but horses and swords to artillery and tanks. I’ve seen the head waters of the nile and tribes and natives no white man had ever seen before. I’ve won and lost a dozen fortunes. Killed many men. And loved only one women with a passion that a flea like you could never begin to understand – that’s who I am.”

I remember watching this and having a rush of manly masculinity rush through my body. I dreamed of knowing myself in the way Hub knew himself. I boyishly fantasized for a brief moment about being like Hub: fighting in battles, seeing great things that no one has seen, winning many prizes, traveling to far lands, and being a amorous husband to one women and protecting her to death. But then I was sucked back to where I was, eating my chips and drinking my highly caffeinated beverage – fighting no battles, engaged in no romance, and living in a relatively small town in the middle of the cornfields of Ohio. As I sat back and thought about this brief fantasy I realized how silly it was of me to want to be able to tell people about me. When someone challenges me, I can’t answer like Hub. I’ve never been in a real fight, I’ve never traveled across an ocean, and I’ve never led thousands into battle across an ocean. For me, I can’t brag about what I’ve done. However, I can remind myself of who I know and what He’s done. The last thing a synopsis of my life would do is put a bunch of hoodlums to flight. So then, to whom shall I run when I’m challenged? Every day there awaits for me a new confrontation. Shall I look this world in the eye and say to them, “Do you know who you are messing with?! I am Spencer Harmon! I was born in Cincinnati, Ohio, and was home schooled through the eighth grade! I lived in the same town all my life! My Dad is a truck driver! My mother is a home maker! I read books! And I…I am a Bible college student!” No. This will not do. There is a rock that is far more sturdy than any story I can give. I would much rather, when the strains and weight of this world crash in, say this:

“He is the image of the invisible God.  He upholds the universe by the word of his power.  He made propitiation for my sins by his blood on the cross.  He rose victorious over death.  In him all things hold together.  He healed the sick.  He is highly exalted.  At his name, every knee will bow.  His kingdom is everlasting.  He never sinned.  He is sovereign over all things.  He is always faithful.  He is perfectly just.  He is coming again.  He is the same yesterday, today, and forever.”

There is an old Greek aphorism that reads, “Know Thyself”  This is a good thing.  We should know ourselves; yet, the knowledge of ourselves should drive us away from ourselves to our powerful Savior.  As C.S. Lewis puts it in Mere Christianity, “Look for yourself, and you will find in the long run only hatred, loneliness, despair, rage, ruin, and decay. But look for Christ and you will find Him, and with Him everything else thrown in.”  Jesus is too powerful, too beautiful, too perfect, and too sovereign for you to try to find confidence in your own anecdotes of small victory. He is a rock, a refuge, a brother, a friend, and a champion for those who trust Him.

One thought on “To Know”